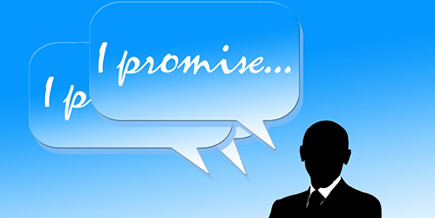 Reality expresses itself in polarities: birth and death, man and woman, positive and negative, etc. Politics is about governing reality through a certain method. At the basis of this method is a certain belief system: conservative beliefs, progressive beliefs, religious beliefs, et cetera.

A belief system is always one–sided, because a belief always excludes that which is contrary to that particular belief. Reality, however, has many different sides, including sides that oppose each other.

These opposing sides of reality is what causes any one political method to fail on its own. Economy versus the environment. Civil liberties versus national security. Social solidarity versus individualism. All sides have their valid place in reality and cannot be denied by some specific belief.

Often a political party is elected into office because, while standing on the sideline, they promised a lot and criticized the ruling party. But then at the end of their own term in office it often turns out that they also couldn’t keep their promises and disappointed the people. And so another party can now opportunistically criticize them, make a lot of promises and get elected and so the whole game starts all over again.

When will people start to notice this dynamic and stop being naïve about politics? Naïve in the sense that they really believe, like a child, that the new government is going to put everything right. That won’t happen, especially when their government is governing from a one-sided belief system.

Moreover, many politicians are more interested in their own power than in what’s best for the country as a whole. They are mere interest representatives for the (opposing) groups who vote for them and keep them in power. Votes are for politicians what dollars are for businessmen.

So unless voters collectively get out of their egotistical one–sided beliefs about life, there is no hope for insightful governing and bipartisanship. And that probably won’t be happening anytime soon.