These teachings show different perspectives on enlightenment.
For a critical analysis of the concept of enlightenment, click here.

The Myth of Enlightenment 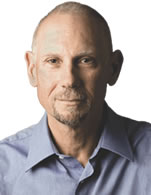 Dennis Merzel was born in Brooklyn, New York, in 1944.

In 1972 he started formal Zen training at the Zen Center of Los Angeles under Maezumi Roshi, who gave him the Dharma name Genpo. In 1980 he received Dharma transmission (authorization to teach) from Maezumi Roshi.

The Myth of Enlightenment is a question and answer session with Genpo Sensei that took place in 1988. In this text, all illusions about the search for spiritual enlightenment are dismantled and destroyed.

Read The Myth of Enlightenment ››

Chögyam Trungpa Rinpoche (1939-1987) was the 11th descendent in the line of Trungpa tulkus, teachers of the Kagyu lineage, one of the four main schools of Tibetan Buddhism.

Trungpa was a controversial teacher. Still, he had an uncanny ability to make compelling analyses of the subtle ways in which the ego can keep deceiving us on the spiritual path.

This ability is demonstrated in his book “Cutting Through Spiritual Materialism.”

Read the Intro and Chapter 1 ››

A Summary of the Teachings of Aziz Kristof 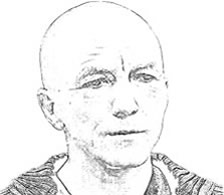 Aziz Kristof was born in Poland in 1962. From his late twenties to his mid-thirties he followed the path of Self–realization according to the Buddhist as well as the Hindu traditions, practicing for years in Korea, Japan, Thailand and India.


Later on Aziz Kristof went by the name of “Anadi” for some years and now, after some reported scandals, he has (again) changed his name to “Aadi...”

Enlightenment, before, during and after

Rani Willems was born in The Netherlands in 1951. After having been a disciple of Osho for 16 years, she became a spiritual teacher herself, holding satsangs and retreats all over the world.

While being a teacher, the death of a close friend made her experience a lot of pain and heartbreak, which caused the disappearance of ‘the bliss and joy of the enlightenment high.’ This came as a shock to her. She had not thought that it would be possible to be ‘thrown out of paradise.’

The realization of one’s true nature is in itself impermanent, because it ‘comes into being’ at some point in time in one‘s life. And everything that arises has to dissolve again. In her story “Enlightenment, before, during and after,” Rani speaks about experiencing this.

Creating Order Out of Disorder

Ramesh S. Balsekar (1917-2009), a commerce graduate from the University of London, started his working career in the Bank of India in 1940. He rose through the ranks and retired in 1977 as bank President. Shortly after his retirement, Ramesh met with Advaita teacher Nisargadatta Maharaj. Not long after, Ramesh had his enlightenment experience.

The text “Creating Order Out of Disorder: The Theory of Probability — The Law of Large Numbers” is a paper by Ramesh. In this paper he gives a theoretical framework for the impossibility of an individual autonomous free will. His argument is based on the statistical law of large numbers which, according to Ramesh, in fact determines how our lifes turn out.

Tony Parsons (1933) communicates a message of uncompromising non-duality, dating back to the 1950’s when, at the age of 21, he had his first spiritual awakening experience.

Many spiritual traditions hold the view that enlightenment can be attained by making a personal effort. Tony Parsons renounces this view because this view is not in accordance with a realization that seems to be inherent in enlightenment: That there is no self.

If there is no self, there is no personal doership and so one cannot do anything “oneself” to assist the arrival of enlightenment.

The following text by Tony Parsons is a clear statement about his view of enlightenment.