Human Intelligence is not Artificial 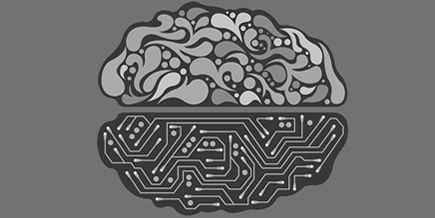 The Buddha called spiritual enlightenment ‘right understanding’. But people who are good at math and languages might not have this right understanding. There are also those who understand people very well and have great social skills, although they may not be very good academically. But those who do well in school can sometimes have little social intelligence.

So in this sense there are different types of understanding and intelligence. Being able to solve a difficult mathematical equation in a short amount of time is not the only measure of what it is to be intelligent. The strength of artificial intelligence (AI) lies in this type of logical, mathematical intelligence, combined with having a large base of general knowledge.

In humans, emotions and thoughts influence each other. This relation between sensitivity and intelligence is inherently human. If you study yourself closely, you’ll see that your intelligence is an interplay between rational thought processes and intuitive sensitivity.

Sensitivity has to do with empathy and a feeling of connectedness. This connectedness is part of human inspiration. This in turn can cause inspired creative thinking. That is why a painting or music or spiritual texts made by AI cannot truly be inspired; it has no ‘soul’, because it has no sensitivity.

AI can only be a disconnected and one–sided form of intelligence, because there is no love and human wisdom in it, which both come from a sense of connectedness.

So until a way is found to combine AI and human sensitivity (which, I think, will be pretty difficult to do), there is no true comparison between AI and human intelligence.