How I Freed Myself from Christianity 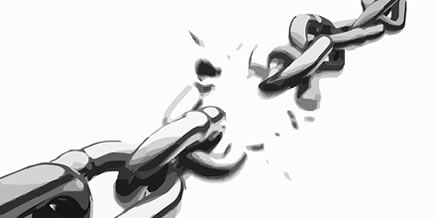 When I was 15 years old I started wondering about the purpose of life. The first books I came across that addressed this matter were the Old and the New Testament in the bookcase of my parents. So I read the Old Testament and then the New Testament several times.

During this period I had the following experience.

It was early in the morning and I was lying in my bed. I was just waking up from my sleep. It was the moment in between being asleep and being awake, when mental processes are not in full gear yet. While I was relaxing in this state, I became aware of a feeling that there was some pressing matter at hand.

This feeling crystallized into this thought: “There is something pressing going on in my life, but I can’t remember what it is exactly.” Then, as my mind shifted into higher gear, I suddenly remembered what the pressing matter was, and it came to me in the form of this exact thought: “OH, I HAVE TO BELIEVE AGAIN..!”

Because I went from a very relaxed natural state straight into the high gear mind–state of thinking I ‘had to believe,’ I became acutely aware of how conventional religious belief takes root in the mind.

In that moment I saw that conventional religious belief is a dictatorship of the mind. It is me, imposing a believe upon myself, so that I can deal with my own ignorance.

The second after this realization, I freed myself from Christianity. I threw off the chains of that self–imposed delusion.